Affiliate Disclosure: This post contains affiliate links within the content, sidebar ads, and in other areas, which means if you click those links and make a purchase, I will receive a commission. Likewise, as an Amazon Associate I earn from qualifying purchases.

As kids get older, among friends and family, I’ve become the go-to graphic design helper for all things invitations, save the dates, holiday cards, etc.

I’m not a designer, as a reminder, but I have built up my Canva skills to the point of being trusted to get the word out about such special events. And, I enjoy it, so it all works out.

But the point is, through it all, I’ve come to realize that most people don’t know you can do graphic design without Photoshop, and that a tool like Canva even exists.

Or, they know it exists, but just assume there is a learning curve so don’t even try. Or, they flat out know they don’t have a design eye, and that’s OK; and actually probably a very good if not the best reason to not even attempt to do so.

Anyway, with all of this, my latest endeavor is creating a backstage/VIP pass. This is something that can be used for a themed party, and is easily-adaptable depending on theme (and can even stretch into sports, which I’ll create at some point soon).

Especially in today’s world, such celebrations are smaller, if even including other people at all, but parents are going the extra mile to ensure they are still special.

Below I’ll walk through how I put the backstage pass together, and at the end, I’ll provide a link to the Canva template so you can create, and edit your own.

What Size is a Backstage Pass?

One standard size for a backstage pass is 3in. x 5in. This seems to be the common size as shown from a top seller of backstage pass lanyard holders here.

Before getting into the steps, I wanted to point out some differences in what you can do with a free account versus a Canva Pro account. Now, again, the templates below were created with free elements, and as you can see, there is a ton you can still do.

For example, with a free account, you can drag-and-drop-any photo you’d like into the template. But with a Canva Pro account, you can turn things up a notch by removing the background and replacing it with your own:

But besides that, you probably envision something like what I have below—A vertical pass that resembles a ticket, equipped with barcode and some mention of “VIP” or “Backstage Pass.”

To create this, I started with a basic 3×5 blank template, added a white rectangle for the barcode backdrop, and then a single black line which I copied and pasted to the point of a completed barcode. Last, I added a few numbers and sequencing below the barcode.

From there, the backstage pass template is really a blank canvas, allowing you to include whatever elements you need in order to correspond with the theme you’re trying to match.

For this example, I chose a country music theme (but have also included a rock show, an awards show, and a pop show pass template that will come when you access the templates). When I think country concerts, I think warm summer nights, a setting sun, and perhaps some fireworks.

With any pass, though, and whichever theme you need, you’re probably going to want to include:

In Canva, I went to “backgrounds” on the left and chose a warmer yellow gradient (orange or even purple would work also).

I then added another, thinner, white rectangle where I knew I was going to want some text. I then popped in some fireworks, which are free elements in the Canva library.

For the main graphic, I went with a sun, but could have just as easily been a star or something else.

So far we have:

Last, I added a few extras, including the date in the top left and the hashtag underneath the guest name.

That’s it? What do you think? Any special requests?

Here is the link to create your own!

Custom Basketball Card Template—Download or Create Your Own

One of the coolest things about kids growing up is celebrating the milestones. What are their “stats,” how far have they progressed, and so on? In doing so, though, we are constantly looking for new […] 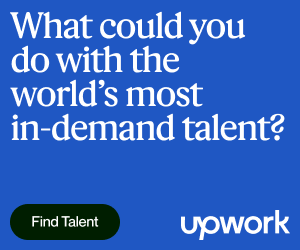